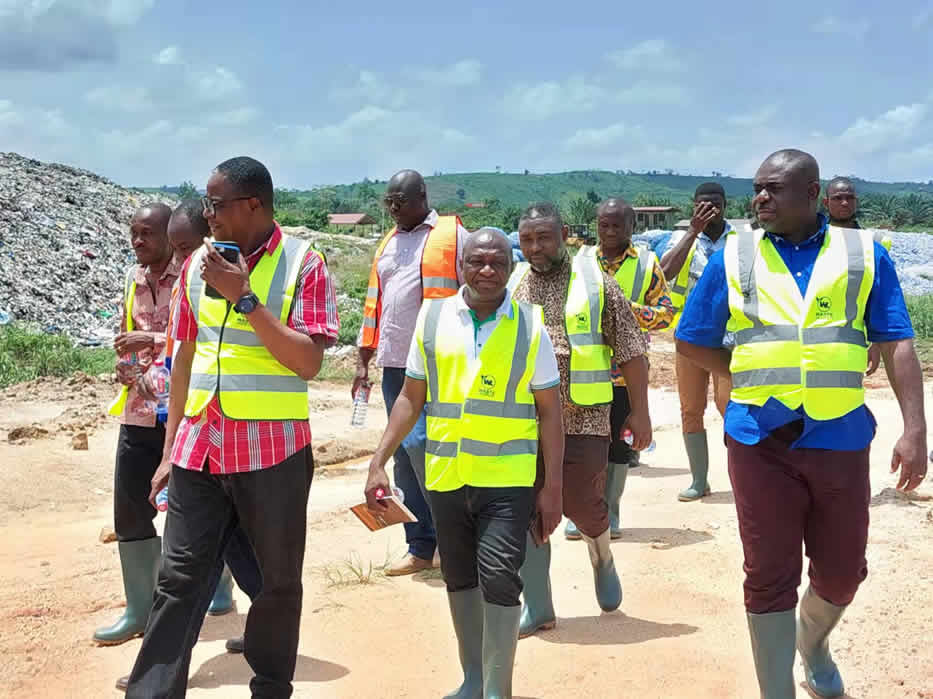 A team of Metropolitan Waste Management Directors across the country visited the Adipa Waste Management Centre last Thursday, April 8, 2022. The working visit was to assess the work progress of the ongoing engineered landfill construction at the site and have firsthand information regarding operational activities at the facility.

The Site Manager, Mr Samuel Ato Arhin, led the site tour and indicated that the sanitary landfill cell and its leachate system were near completion. Ing Chrispin Ajedipe, the representative for Landfill Technologies Ltd (the project consultant), also provided technical explanations regarding the landfill design and construction. Mr Peter Kwei Dagadu, General Manager of Waste Landfills Co Ltd (WLCL), also added that the quantity of waste disposed of at the site is anticipated to double when the transfer stations being constructed in the Greater Accra Metropolitan Area, under the “Operation Clean Your Frontage” Initiative, become operational. He expressed WLCL’s readiness to handle the projected tonnage of waste, adding that plans were underway to commission the sanitary landfill soon to be able to serve Accra and its environs.

The team expressed their satisfaction with the progress of work and how WLCL was managing the facility. Mr Prosper Kotoka, the team lead and Waste Management Director (WMD) at the Kumasi Metropolitan Assembly (KMA), among other things, commended WLCL for the various engineering controls and interventions introduced and the improved access roads to and within the facility, especially as the wet season is imminent. He added that the team was hopeful that WLCL would ensure the effectiveness of the systems to eliminate or minimise environmental risks that the landfill’s operation may pose. Ing Solomon Noi-Adzeman Nuetey, the WMD of the Accra Metropolitan Assembly (AMA), also opined that he foresees the Adipa facility being a model for other landfills in Ghana. 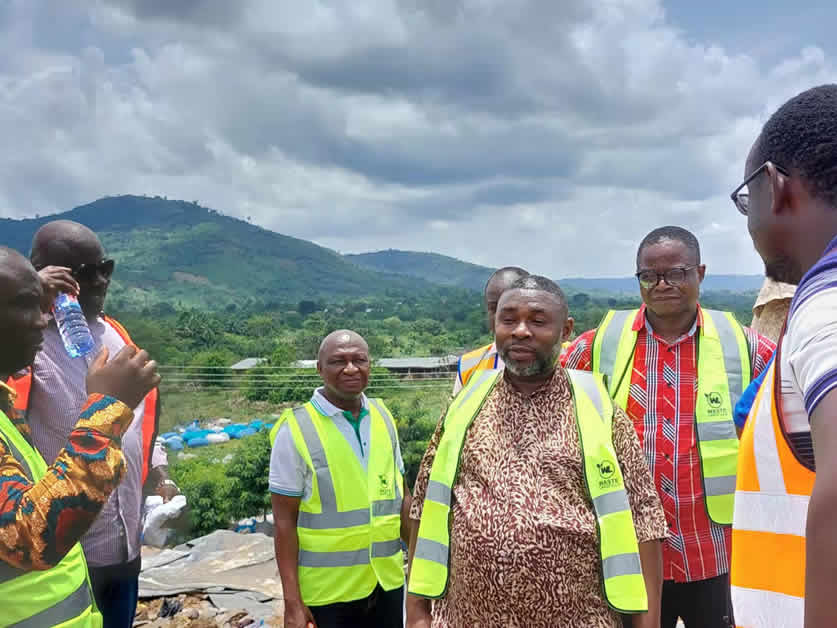 The Adipa Waste Management Centre, located close to Nsawam in the Eastern Region, currently receives about 450 to 600 tonnes of municipal solid waste daily from twenty-five out of the thirty-one Metropolitan, Municipal, and District Assemblies (MMDAs) in the Greater Accra Region and nearby MMDAs in the Eastern Region. The facility is situated on over 120-acre land and is owned and operated by WLCL. The site, which was initially a dumpsite, has seen a tremendous face-lift after WLCL acquired it. The company hopes to transform the site into a sustainable landfilling and material salvaging hub.